The long tradition of getting bad reviews by Darrly Sterdan continues. So nothing new or surprising there…

A better review of the album can be found at the Ground Control Mag. At this site you can also listen to a new track of the album! Check it out here.

The promo tour has come to an end. One of the last radio stations Jeff visited was KRock 105.7. You can listen to the interview and a couple of songs below:

Early he joined Dunner at London ‘s FM96 studio, which can be watched below:

Listen to the songs and interview here:

Alan Cross sits down with Jeff Martin at Explore Music 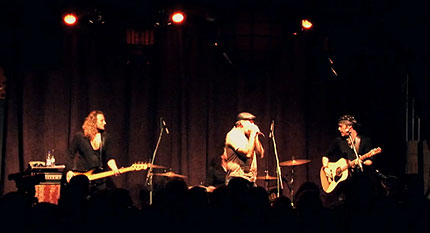 In the members area you can find a live video of ‘Queen Of Spades‘, a new song from the forthcoming album The Ground Cries Out. Filmed in October 2010, this was the first time the band played this song.

A couple of hours ago Jeff stopped by 97.7 HTZ-FM in Ontario, and not only chatted with DJ Kristy Knight, but also played a version of AC/DC’s You Shook Me All Night Long. Listen and watch here:

Want to have Jeff Martin play a couple of tunes JUST for you and a friend? Maybe have breakfast with him?

If so, enter the contest here. 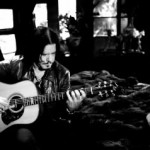 As a special treat, registered members of our Community can now watch a very intimate video of Jeff playing Blue Mountain Sun. This new song is from the upcoming studio album The Ground Cries Out.

If you are already a Member, login and watch the video here.

If you aren’t a Member yet, sign up here.

The Australian release of The Ground Cries Out will be through Riverland Records and distributed by MGM on the 8th of April, the album will be available on iTunes (AUST / NZ) and in stores as well!
Only registered mem-
bers can comment.
Feb 2011
6

On Thursday Jeff had a chat with Lochlin Cross of the Bear 100.3 FM.

You can listen to the interview here:
Jeff Martin at The Sound

You can also watch Jeff performing The Riverland Rambler here: