by Rave Magazine
The tea party at the Grand Bazaar goes on as usual
Jeff Martin belongs to the group of artists who’ll always sound like themselves no matter what genre they tackle. In the ex-Tea Party leader’s case, that’s more of a good thing, as he remains a musical powerhouse. A Perth resident for the last few years, Australia’s favourite Canadian has recently teamed up with his Armada cohort Jay Cortez and good friend/Basement Birds sticksman Malcolm Clarke in a new project – matter-of-factly titled Jeff Martin 777; cue another kickin’ album. END_OF_DOCUMENT_TOKEN_TO_BE_REPLACED

Ground Cries Out out now in Australia

Jeff Martin 777 ‘The Ground Cries Out’ Album is Released in Australia and New Zealand today April 8th. Also available through itunes Australia.
777 will be touring nationally in May. Check out all tour dates and ticketing information here.
Only registered mem-
bers can comment.
Apr 2011
2

by Mixdown Magazine
When The Tea Party came to an end, Jeff Martin did what he did best: made Jeff Martin music. Exile & The Kingdom was a solid acoustic-based album, and The Armada was a return to the same neighbourhood as the Tea Party sound. But with the formation of Jeff Martin 777, the Canadian native/Perth resident has finally thrown his arms open to welcome back the sound of his former band. The Ground Cries Out is the first result of this new trio, which is rounded out by Sleepy Jackson alumni Jay Cortez and Malcolm Clark, and they hit the road in April and May. END_OF_DOCUMENT_TOKEN_TO_BE_REPLACED

Press: A Passion for an old soul

The Portal Mag is featuring an interview with Jeff Martin. Check it out at the Portal Mag. 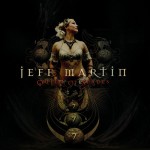 Queen Of Spades has hit Australian radio stations. If you would like to support us, feel free to request the song on your radio station you like. A list of some Australian stations can be found here.

There are also a few days left to win a rare copy of the promo single. Enter the contest here.
Only registered mem-
bers can comment.
Mar 2011
1 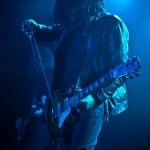 A series of live photos taken by David Logan at the recent Toronto show can now be found in the photo section. Click here to see the photos.
Only registered mem-
bers can comment.
Mar 2011
5

by Sean Arthur Joyce for valleyvoice.ca

You may remember Jeff Martin from his time with The Tea Party and in 2008, the Armada. Now he has returned to Canada with a new band, Jeff Martin 777. There is also a new album, The Ground Cries Out , that is one of the best rock and roll records out this year. END_OF_DOCUMENT_TOKEN_TO_BE_REPLACED 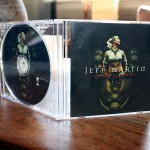 Exclusively on this site you can win the rare Australian radio single “Queen Of Spades”. This CD is not available in stores! Tracklist: 01. Queen Of Spades 02. Ground Cries Out (radio edit)
To enter the contest, just become a member and leave a message under this post and tell us, what you think about the new album, The Ground Cries Out.