The Tea Party’s Jeff Martin may have have a new band, but the new group’s debut album, entitled “The Ground Cries Out”, shows Martin hasn’t strayed far from the things that make him such a unique and lasting artist. END_OF_DOCUMENT_TOKEN_TO_BE_REPLACED

Jeff Martin and his words of wisdom…. 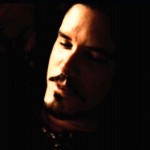 As a member of the community, you can now watch an exclusive video of Jeff’s private collection…. Enjoy!
Only registered mem-
bers can comment.
Apr 2011
1

Noel Mengel for Herald Sun
AS A musician, Jeff Martin found what he was looking for when he formed The Tea Party in Windsor, Ontario. END_OF_DOCUMENT_TOKEN_TO_BE_REPLACED

“I’ve done some pretty big things in the past with The Tea Party, but I’ve never achieved that pure balance of music on a record like we have with this 777 thing,” singer/guitarist Jeff Martin says about this latest band’s debut album, The Ground Cries Out. END_OF_DOCUMENT_TOKEN_TO_BE_REPLACED

by Jarred Keane | for thedwarf.com.au

Prolific Canadian muso Jeff Martin (The Tea Party) took some time out with Warp’s Jarred Keane to discuss the past, the present and his brand new project: Jeff Martin 777. Returning from a recent trip to Canada, Martin chats from his home in Byron Bay ready to embark on the publicity trail. END_OF_DOCUMENT_TOKEN_TO_BE_REPLACED

Jeff Martin live at the Usession

Jeff Martin from 777 visits the Undercover studio to perform ‘Riverland Rambler’, ‘Blue Mountain Sun’ and ‘Queen Of Spades’. Before he did an interview with Andrew Tijs.

On the road again – photos from the GCO Canada tour

As a member of the Jeff Martin 777 community you can see some new photos taken while touring Canada! Hope you enjoy!
Only registered mem-
bers can comment.
Apr 2011
2 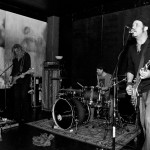 In the members section of this site you can find some new and rare photos of the rehearsals for the Ground Cries Out tour. Check them out here.
Only registered mem-
bers can comment.
Pages